A quick resume of “Why So Many High-Profile Digital Transformations Fail” by Thomas H. Davenport and George Westerman on HBR.
Cases Review
a. GE CEO Jeff Immelt recently departed the company under pressure from activist investors. Previously, in 2011, GE embarked upon an ambitious attempt to digitally transform its product and service offerings. The company created impressive digital capabilities, labeling itself a “digital industrial” company, embedding sensors into many products, building a huge new software platform for the Internet of Things, and transforming business models for its industrial offerings. GE also went to work on transforming internal processes like sales and supplier relationships. Investors however didn’t acknowledged this and therefore the company stock price has languished for years.
b. Lego recently defunded its Digital Designer virtual building program. The CEO leading the digital charge stepped into lesser roles.
c. Nike halved the size of its digital unit in 2014 by discontinuing its Nike+ Fuelband activity tracker and some other investments.
d. Procter & Gamble wanted to become “the most digital company on the planet” in 2012, but ran into growth challenges in a difficult economy. Its CEO, Bob McDonald, then was forced to leave by the board.
e. Burberry set out to be the world’s best digital luxury brand, but performance began to suffer after initially improving. The CEO leading the digital charge stepped into lesser roles.
f. Ford invested heavily in digital initiatives only to see its stock price lag due to cost and quality issues elsewhere in the company. Its CEO, Mark Fields, then was forced to leave by the board.
g. It happened with e-commerce, when companies like Staples and Walmart invested heavily in separate e-commerce units, only to have those units drain the company of resources.  It happened with analytics and big data, when companies like Sears and Zynga invested millions in creating analytics units that never paid back their investments.
While their companies had plenty of resources, the big digital bets did not pay off quickly enough, or richly enough, to counter the drain they represented on the rest of the business.
Key lessons emerged when this heavy commitment upon technology face financial performance indicators:
A. Much other factors affect company success other than its digital capabilities. Managers should never see technology as a sure salvation.
B. Digital is not just a thing that you can you can buy and plug into the organization. It is multi-faceted and diffuse, and doesn’t just involve technology.
C. It’s important to calibrate digital investments to the readiness of the industry — both customers and competitors. No digital initiatives should be undertaken when they don’t align with company strategy and are not hardwired to value. Digital governance discipline is the key.
D. When things are not going so well in the existing business, the call of a new business model can become more powerful than it should.  Many a person has allowed the excitement of a new relationship to destroy their stable, if less exciting, married lives.  Similarly, the prospect of launching a sexy technology-based business is tantalizing. The allure of digital can become all-consuming, causing executives to pay too much attention to the new and not enough to the old.
There’s something different about technological change that causes senior executives in large, established firms to act differently than they might otherwise. When investing in a typical strategic change, managers are usually pretty clear about what they want to accomplish and what it will take to get there.  There’s a lot of work to get things right, but they know where they’re going and how to measure progress.  If the indicators move in the wrong direction, they can take action to set them on the right path, or can make the choice to de-escalate the investment.
With innovative information technology, however, executives sometimes lose their rational decision approaches. Certainly it’s true that in times of radical technological change there’s a lot of figuring out to do.  Executives have to understand what new technologies can do, and understand their impact on markets, products/services, and distribution channels.
Amid the excitement and uncertainty of a new technological era, it can be very difficult to distinguish between investments you need to make ahead of the market and investments that must be in sync with market readiness. It can be tempting to think about the early phases of radical technological change as a chance to dominate a new market rather than learning about the market. Investing ahead of the curve makes sense when we know what the curve is. But with digital transformation there’s a lot of exploration and understanding to accomplish before the curve starts to take shape.
When digital investments don’t quickly pay off, CEOs can feel that the issue they’ve encountered is about not spending enough, rather than the company (or the market) not knowing what the end state actually looks like.  They can fear that reducing a highly public commitment to the new business could be seen as failure rather than smart decision-making.
In e-commerce, what started 20 years ago as a radical innovation — and then radical destroyer of market value — is now standard practice in every industry.  The leading companies, even those that made large unprofitable investments early in the transition, were able to pivot toward more profitable e-commerce strategies.
In digital, executives would be wise to be wary about the siren call of new technological innovation.  Instead of ramping up quickly, only to ramp down painfully, it would be much better if companies can make steady progress toward the right end state without making such costly mistakes.
https://hbr.org/2018/03/why-so-many-high-profile-digital-transformations-fail

END_OF_DOCUMENT_TOKEN_TO_BE_REPLACED 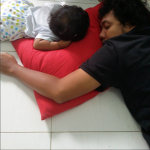